Hecla Island is one of Manitoba’s best-kept secrets. Hecla Grindstone Provincial Park, the vast wilderness preserve that encompasses the entire island, is arguably among the 10 best provincial parks in all of Canada. And the whole shebang is less than two hours’ drive from Winnipeg in good weather.

You could spend a week on Hecla Island and adjacent sections of the mainland and still not see everything that this northwoods paradise has to offer. In the interest of your schedule, what follows is an abbreviated list of things to do and see on Hecla. Plan right and you can hit most or all in the course of a long weekend.

The site now features “six stabilized buildings — a church, school, community hall, a period home, fish station and the partially completed boarding house,” according to the park’s website. Several others are “stabilized,” meaning they’re not in danger of collapse, but not suitable for tourists to enter either.

“You can take a leisurely self-guided walk around the village. Some buildings are open to the public, though it’s imperative that you heed any posted warnings and observe closing times.”—Lori Janeson

This leisurely forest drive includes more than just Hecla Village. It passes through several kilometers of beautiful wilderness, hitting a variety of ecosystems along the way. 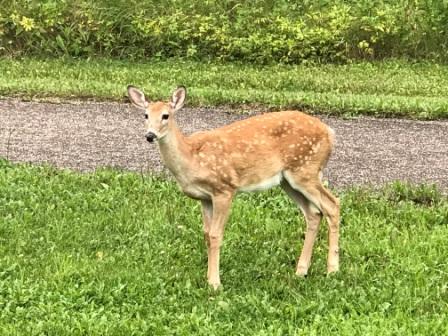 You’ll wind up in the village, but be sure to take your time and have your camera handy for unexpected sights (bald eagles, big game) along the way.

Speaking of big game: Grassy Narrows Marsh, one of the most popular hikes in Hecla Grindstone Provincial Park, is probably the best place on the island to spot elusive moose.

Eager for a more vigorous walk? Try the West Quarry Trail, a 10-kilometer excursion that visits a disused limestone quarry and abandoned fish camp. The level of preservation is nowhere near what you’ll find at Hecla Village, but it’s definitely worth a stop to catch a glimpse of New Iceland’s nearly forgotten way of life.

Like lighthouses? Then the Lighthouse Trail, near Gull Harbour at the very northeastern tip of Hecla Island, is an absolute must.

Hecla Island isn’t all rustic, all the time. Lakeview Hecla Resort, the most upscale property on the island, has an 18-hole championship golf course that challenges even the most confident swingers. The course obviously isn’t open during the winter, but it tends to get going soon after the snow melts and the ground dries. In June, when afternoons seem to stretch on forever, there’s plenty of time for uncrowded tees.

Yes, you can swim in Lake Winnipeg. No, you probably don’t want to try it in early June, when you might run into the stray ice chunk left over from the spring breakup.

If you visit in August or early September, and the air temperature is sufficiently warm, hit Gull Harbour or Sunset beaches for a quick dip. After a long day of hiking, biking, or kayaking around the island, there’s nothing better.

END_OF_DOCUMENT_TOKEN_TO_BE_REPLACED

Unless you live in Manitoba, it’s very unlikely that you’re familiar with Hecla Island. That’s okay. You’re the one missing out.

Hecla Island is an irregularly shaped teardrop of land in the northwestern section of Lake Winnipeg’s southern lobe. Connected to the mainland by a single causeway, it’s completely given over to Hecla Grindstone Provincial Park — one of the province’s most popular weekend getaways.

Lori, her husband, David Janeson, and her fellow Hecla residents aren’t rushing to let the whole world know about Hecla. They’re happy to maintain the island’s unhurried, uncrowded vibe — by and large, it’s what drew them there in the first place.

But they’re also happy to share what makes their little slice of heaven so memorable. If that means a few more tourists wander up their way, so be it.

Where Is Hecla Island?

Hecla Island isn’t at the end of the world. It’s roughly two hours north of Winnipeg by road, weather permitting. It’s basically a straight shot north on Manitoba Highway 8, across a narrow causeway. The road to Hecla passes popular Lake Winnipeg beach towns like Winnipeg Beach, Sandy Hook, and Gimli. If you have time for a picnic lunch, check out Camp Morton Provincial Park, a bit more than halfway there.

“I always tell visitors to enjoy the ride up,” says Lori Janeson. “There’s so much to see on the shores of Lake Winnipeg.

Hecla Island has a long, long history. Though the island wasn’t a major center of permanent habitation for the Anishinabe first peoples, it did occupy an important, even sacred place in the Anishinabe culture. Several ceremonial sites remain on the island, each a powerful reminder that those who live on the island today walk on the shoulders of giants.

The first Europeans to settle Hecla Island came in the 1870s, primarily from Iceland. For a time, Hecla was part of a semi-autonomous colony known as New Iceland. Today, more than one-third of all Canadians of Icelandic descent call Manitoba home; their ancestors’ way of life is memorialized at Hecla Village, one of the island’s most popular attractions.

The Icelanders’ subsistence economy has long since given way to tourism and recreation, but Hecla remains a special place for many who continue to make their home in the area.

Things to Do on the Mainland

Every good Hecla Island trip must come to an end. (That is, unless you love the place enough to start looking at real estate on Hecla. That’s a whole different story.)

Leave some wiggle room in your itinerary to see a few sights on the way out.

“Hecla Island isn’t a self-contained destination,” says Lori Janeson. “There’s a lot to see on the mainland, and on nearby minor islands in Lake Winnipeg. The broader Interlake region [between Lakes Winnipeg, Manitoba, and Winnipegosis] is absolutely rife with things to do and places to see.”

Here’s a sampling of sights to hit within an hour or two of Hecla Island:

Hecla in Any Season

Most outsiders think of Hecla Island as a summer destination. To be sure, it’s nice to visit when sitting on the porch doesn’t require five layers — and, at least in theory, when the water’s warm enough for a quick dip.

But adventurous visitors shouldn’t be put off by chilly air or snow. With crisp blue skies, pure air, and zero crowds, winter in Hecla is an otherworldly experience. Shallow Lake Winnipeg freezes early and hard; by early December, it’s ready for heavy use. There’s nothing quite like racing a snowmobile across the glass-flat surface of Canada’s sixth-largest lake. Just be sure to avoid the fishing huts that sprout up near shore — hardy locals know that Lake Winnipeg’s fish are hungrier during the winter, when the heavens temporarily stop raining nutrients.

So, don’t bother counting the days until June. No matter when you arrive, locals will welcome you to Hecla Island with open arms.